I just graduated university in May. With my new found degree and spare time to debate its utility, I hopped onto my aunt’s trip to France to visit family. Flying standby, a great perk of having a mother employed by an airline, and staying most of the trip with family kept a lot of the expenses down. The two nights in a hotel in Paris did the most damage to my wallet.

My flight, unfortunately, arrived around 6 am. My exorbitant hotel would not allow me in until 2 in the afternoon. And my aunt was not arriving until the afternoon It was roasting. I dumped my bags in the hotel(they would allow me that), determined not to lose a day in Paris, I took a good wander around. Went to the all-american favorite, Starbucks, and then decided to find the Eiffel Tower.

The distance. I vastly underestimated.

I took a good long break in the shade at the Tuileries Garden. Aka the Sahara of Paris. I was covered in dust much of the day. Fun note those boots were my favorites, I had them for years, and they died that day. Fifteen miles of cobblestones along the Seine killed them. They had holes. May they rest in pieces at the Rue St Honore hotel I abandoned them in.

But then I got there!

And it was beautiful!

Fun fact: I got harassed by about two hundred people trying to get me to buy mini eiffel towers or donate to the deaf orphans of India.

My ten year old self started many a diary. And eleven. And twelve. And probably thirteen. Maybe I’ve cursed myself with this title at twenty-one. But really the key word there being started. Finishing diaries, and things in general, often escape me. I’d be thrilled to start, introduce myself and my life on the first few pages and soon enough it would be very dormant. As I got older, I would imagine people far in the future stumbling upon my diary and using it for insights into early 21st century life. I wanted to be the next Pliny or Anne.

Now I’m just diary-ing to diary. Something to do to pass time and maybe(hopefully?) observe some self-growth. It is largely and selfishly for myself. If I can maybe help out other “wallflowers’ out there and make them feel less alone in this place then maybe it’s not so selfish after all?

In ninth grade I had to memorize a Shakespearean sonnet and recite it to the class. The first lines of mine refuse to get out of my head some seven years later.

“What’s in the brain that ink may character, which hath not figur’d to thee my true spirit?”

Take a long look. What I’m gonna do next will make many a Shakespearean roll in his grave. I’m going to interpret the heck out of these lines far outside of the context of the sonnet. That’s right Shakespeare can keep his fair youths and dark ladies. For whatever reason I have made those words mine. Selfishly keeping them at the back of my head for the last few years, they have meaning for me. They make want to express every bit of what’s up here onto my metaphorical paper.

As a wallflower diarist, quiet and unknown, to ask a question like that. What can I write that hasn’t already showed you who I am.

Maybe here I’ll find the answer. Either way, follow me as the shyest girl you know moving through some fun (read: scary) life changes. I promise to try my hardest to live and write by those lines. To show you all “my true spirit” and give it all my best shot. 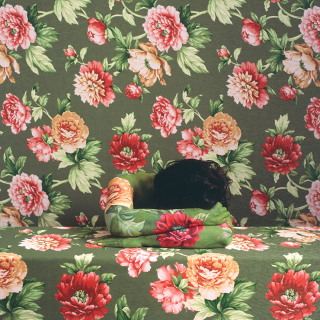